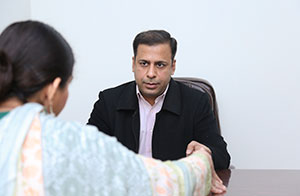 DAWN News published a survey on suicide on December 2018. The survey was conducted online, and respondents were asked to share their stories and views on suicide. There were a total of 5,157 total responses, which is a lot more than one would expect as suicides are rarely if ever reported in Pakistani media.

One should consider the fact that these responses were from people willing to speak on the matter, and also who were able to afford to be able to go online, both of which are minorities. It would be safe to say that the actual number may be much, much higher.

Out of the responses:

While 8% of responses considered it immoral, almost 25% considered it a sign of weakness. The most common opinion however, was that it is ‘a way to escape pain”.

The responses highlighted three things as the most common barriers that prevent suicidal people from seeking help, These were:

Even more eye opening than the statistics, were the confessions- anonymous statement and stories that people had told about suicide. These stories highlighted the key problems in our society.

Categorized based on similarities, the stories were divided into the following themes:

Relationships: This involved forced marriages. The report highlighted that while marriages in the west reduce stress for women, they increase it here in the east due to the many sacrifices that the woman has to make, making mental health issues very common among married Pakistani women.
Sexual Abuse: Another often unreported issue is sexual assault and harassment, also due to cultural and social stigma. Since they are not reported, often times help is not sought, and the person lives with PTSD of the event. Eventually, suicide will be seen as the only way out
Self Harm: Self harm is fairly common amongst the youth and it is brought on by many things. It is also a sign that the person needs help.
Sexual Identity: Having a different sexual orientation comes with its own problems in a highly conservative society like ours.
Financial Pressure: Being unable to secure a job or to afford enough food for one’s family with the current one brings with itself great pressure. It is something worth pondering on in a place with such widespread poverty as Pakistan
Social Pressure: Our society has a very negative view on suicide. It is not something very often talked about, more often than not, people, when coming out about suicide, are seen as attention seekers. One must not consider this attention seeking, but a cry for help. It is important that we have an understanding of mental illnesses for our ignorance could result in the loss of more lives tomorrow
Lack of support: Support is very important for someone contemplating suicide, whether it be family or friends, or religion, it can make all the difference. Without a proper support system, a person is left feeling helpless and alone. This hopelessness may lead to suicide.
Academic Pressure: Those who cannot secure good grades are seen as worthless in schools. If a child is not properly encouraged, his/her self-esteem may be shattered, leading to suicidal tendencies
Bullying: Those who are different are often mocked and bullied in our society. Schools are an unforgiving environment. When a child feels that there is no way out, he will soon begin to see suicide as his only escape.

Reading these stories one can understand that these themes overlap with each other. One thing in common with all of them is that the person feels helpless. They feel that there is no way out, and our culture does not make it any easier for them. Humans are fragile creatures. We tend to forget that. A lot of people in the world are suffering because of other people. We can ease some of that suffering by being more understanding and accepting of others. For that to happen, some of our beliefs regarding society and the way we live need to be challenged.

House of Wellness (HOW) provides a full spectrum of mental health treatment including outpatient (OPD) psychotherapy and counseling (in-person and online); and residential recovery programs.